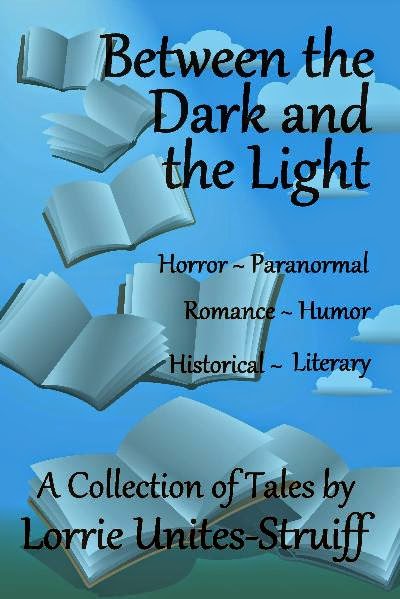 For the short story lover in you. An eclectic mix of genres to keep you from being bored.  Get your copy now.

Check it out HERE

It's off to self-pubbing I go.

After the expiration of my contracts with my various publishers, I am now entering the scary world of self-publishing.

So, take a gander at my new book cover for Gypsy Crystal. It's now available in Kindle ebook format and print. Makes you want to duck, eh? Soon to be available on Nook and Kobo also. 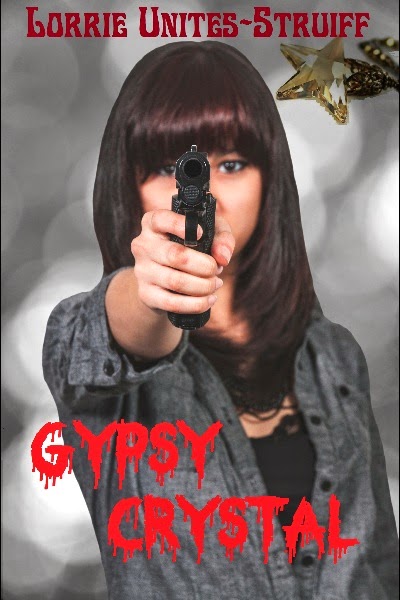 Homicide Detective Rita Moldova has a secret, a crystal amulet from her Roma bloodline that allows her to see the last image a victim had seen in their eyes before they died. Now, a ritual killer is terrorizing her town and the crystal’s magic has suddenly stopped doing its job.

FBI agent, Matt Boulet, is sent to lead the task force and gives the group strange orders. Worse, Rita senses he is holding back a deep, dark secret about the killer.

When she seeks her seer mother’s advice, she learns another secret about their clan that she finds impossible to swallow.

Rita swims through a whirlpool of confusion as the investigation continues. Can Rita deny the lore of the ancients? Can she deny her growing feelings for Matt Boulet? 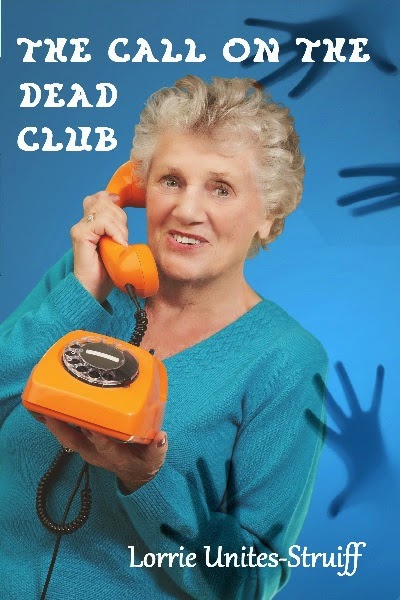 Come and meet Winnie Krapski who hugged a cherry tree during a lightning storm. The bolt slammed her, splitting the tree in half. The near-death experience bestowed her with a gift–one she’d rather not have. She can now see and talk to a dead person's ghost as they lay in a casket in a funeral home.


Drafted into the C.O.D. Club (Call on the Dead) by Fat Phil Phillips, her mission is to grant the newly deceased’s ghost one last reasonable request. Can Winnie honor her oath?


Well, she tries. But, not before she stumbles into situations that almost get her killed. She’s one spunky broad. Follow her adventures in:


Going to a Doubleheader


Going on a Sea Cruise


And a Bonus Story of Cora going Splat
Secrets abound. Bullets fly.
Yep, it's Winnie granting another dead person's wish
Get you copy Here
Nook and Kobo with carry this one soon.
AND LET'S NOT FORGET THIS ONE 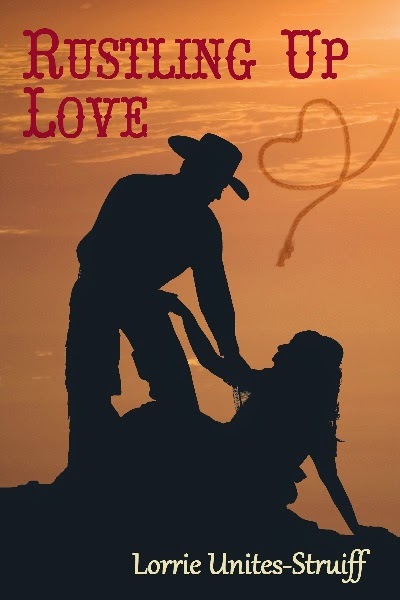 The newly arrived Mattie Wells sure jingles Sheriff Cole Walker’s spurs with just a smile. He’s determined to court her and to win her hand. But Mattie hides a dark secret and refuses to marry any man. Cole pushes to pry out her reasons and change her mind while harboring a secret of his own.
To win her heart Cole’s forced to put up with an unwanted theivin’ ringtail monkey who thinks Cole is his new BFF just because Mattie thinks Beggar is adorable.

Now understand, Cole is fearless-- except when it comes to critters, ever since his pa’s hound dog left teeth marks on his butt when he was a little tyke.
While under pressure from the Mayor to find and arrest the cattle rustlers causing trouble between the Double J ranch and the farmers and to prevent an all out war, Cole tries to wiggle Mattie’s past out of her.
Sheriff Cole chases after Mattie, who steals his heart, a gang that steals JJ’s cattle and Beggar who steals the townspeople’s jewelry.
It's a thrill of a ride!!!
Look for it on Amazon and soon Nook and Kobo.
Come on, and as we all know who said this, "Make my day." Pick up a copy today.
Thank you.

Posted by Cellophane Queen at 9:00 AM 3 comments:

August 1st and 2nd free at Amazon, the entire Witches of Galdorheim series in a single ebook. Can't beat the price. 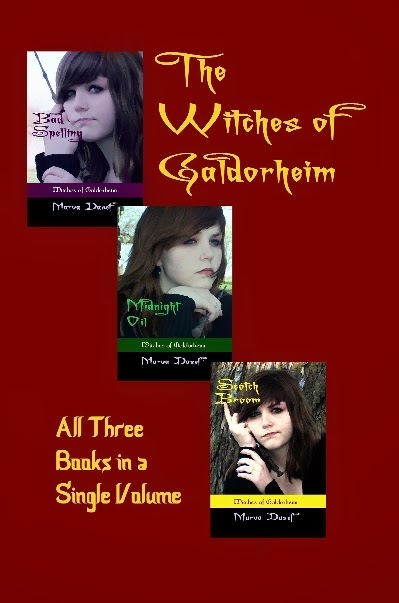 Another Audio Book from Marva Dasef

Amazon offers a discounted price ($13.08) if you purchase from their store. It just sends you to Audible anyway.

Audible has the higher price ($14.95), but "Missing" can be your book of the month if you're a member or you can get it free if you sign up to be a member. That's what I made my hubby do. He got two book by signing up. 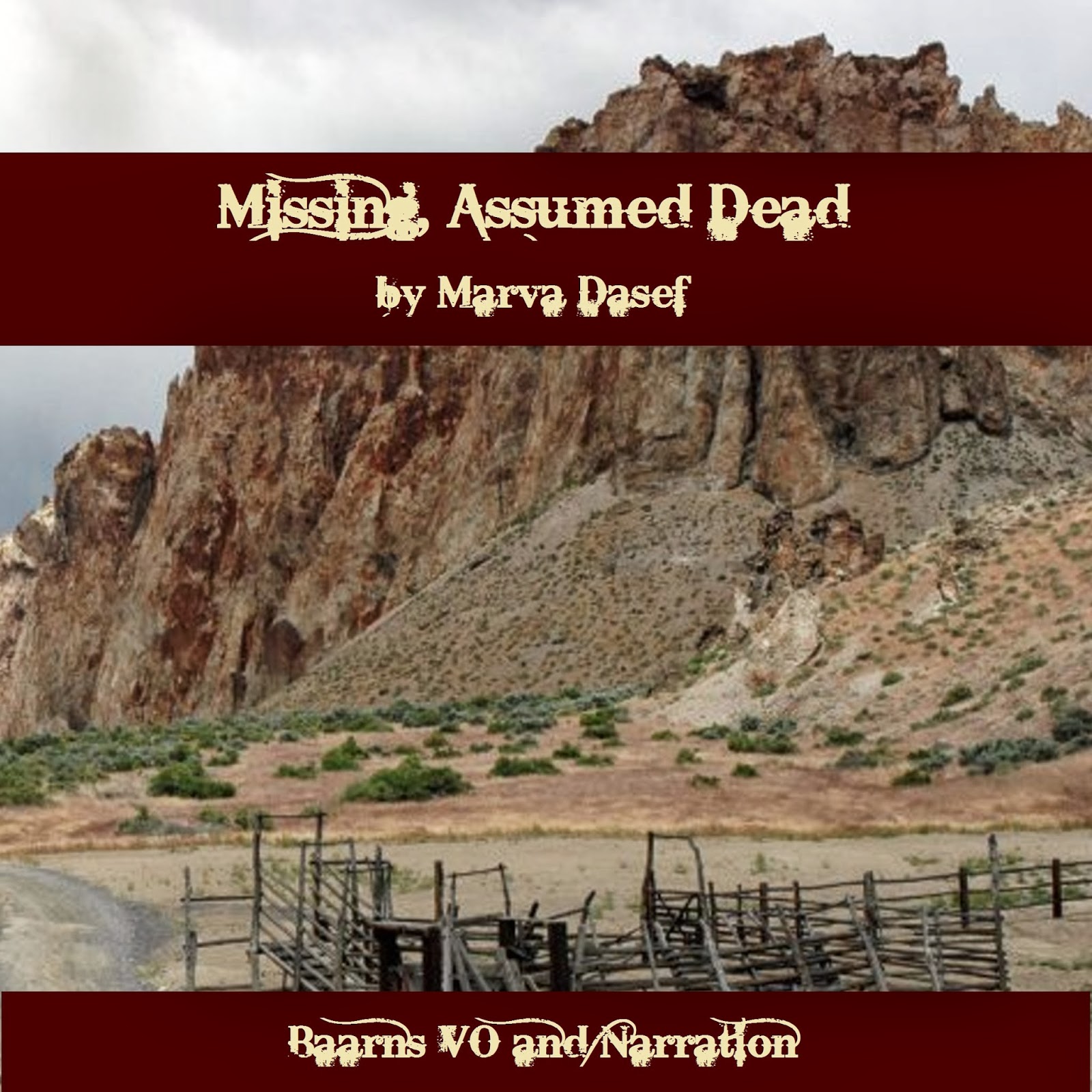 Posted by Cellophane Queen at 8:55 PM No comments: 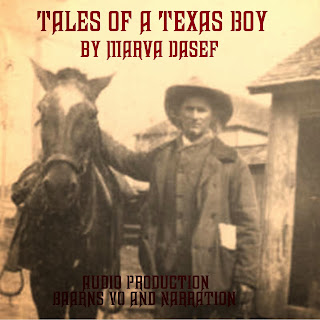 Woot! I'm a bounty hunter. Never join Audible.com? Well, do so today, and get my audio book, Tales of a Texas Boy, for FREE! I need at least three new signups on Audible.com who get my book free as one of the first three they purchase from Audible.

The Fine Print: You need to stay on audible.com for 61 days. If you do that, my producer and I get to split a bounty fee worth way more than the royalty we give up since the book is free. Oh, yeah. You get another book free on signup too.

Audible is a membership thing which costs  a monthly amount (after you get your first month free) depending on how many books you want per month. You can access it quickly through my book link on Amazon.

Tales of a Texas Boy on Amazon (discounted right now)

Tales of a Texas Boy at Audible

Tales of a Texas Boy at iTunes
Posted by Cellophane Queen at 3:07 PM No comments:

Email ThisBlogThis!Share to TwitterShare to FacebookShare to Pinterest
Labels: Audio Books, Tales of a Texas Boy

I wish everyone a Happy New Year.

Due to personal commitments this January of the New Year, I am not opening the blog for a limited time.
I'll inform all when it's guest time again.
Thank you for understanding.
Lorrie
Posted by Unknown at 12:00 AM No comments:

IN BETWEEN THE HOLIDAYS

I hope Santa brought you everything that was on your list.

I hope you enjoyed the food and family.

The tree is still up and the lights are on.

Leftovers are great to eat. Get creative.

New Year is next. Please have a safe one.

If you go to a party, be careful.

Watch out for those who are driving with too much alcohol.

Have a safe and Happy New Year my friends.

Thank you so much for sharing

this small memory with us.

And we have to remember those who could not be home for Christmas this year. Those who are still deployed overseas to keep us safe.

Born and raised during the Depression, I shared a very simple Christmas with my parents and three older brothers. I usually received about three gifts for Christmas, and it never even occurred to me to wonder why I didn't get more. My stocking usually held an orange, and apple, and some nuts.

Now I'm going to jump ahead a few years to about 1950, during the Korean War. My oldest brother joined the Army about that time and was sent to Korea, where the war was fought under United Nations auspices. My mother got a Christmas package ready and sent it to him, but my mom and dad worried that the package wouldn't get there in time for the holiday.
About that time, the Red Chinese entered the war on the side of North Korea and sent troops across the Chinese border with Korea. This offensive sent the Americans reeling back. And then we worried that my brother might not come home at all.


But my brother did come home, safe and sound. And I'm still not sure if he ever got the package. 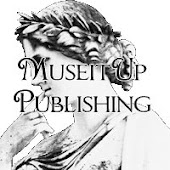 Between the Dark and the Light

Between the Dark and the Light

The Call on the Dead Club